A lot of you have been saying it’s about motherfuckingtime again for a mixtape, I just wanted to make sure I gave you some quality shit, and represent for someone who’s going to make my top releases of the year list, since we’re getting close to that shit. I’m not like all those other bullshitters who make their list in late July and have it ready to roll off the presses Dec 1st, there’s a whole fucking month left in the year where a lot of shit could potentially go down, even if there’s five fucking minutes left this year, and you write me to check out your shit, you could jack my whole algorithm and end up as NUMBER FUCKING ONE!!! Back to my guest, ANDRAS, this guy delivers some of the most incredible shit I’ve heard in a while, if you’re not familiar with “Invincible” or my personal anthem “Die In A Hell,” you’ve only been an empty shell of a life, get this whole fucking EP, don’t just piece it out into tracks, the whole thing will fry your fucking balls right off, some incredibly hot shit. I posted the thing below, and I’m sure you read wayyyyy back when, when it came out too, but until this guy has like Bono or someone completely inappropriate talking him up I will keep reminding you he’s pretty much exactly what a lot of your have been waiting for in music, some incredibly forward thinking shit!!! Music from beyond the brink, a sound that is literally beyond life, I don’t listen to much with my third eye, but to enjoy all six dimensions of these amazing fucking JAMZ YOU SOMETIMES GOTTA OPEN THAT SHIT UP AND DISCONNECt inTO WHAT REMAINS WHEN YOU STRIP AWAY THE BODY, BEYOND ANY PHYSICAL MAGIC or unnecessary tricks, this is some real deal shit, and get his amazing fucking mixtape, that I believe is intended to be transferred to cassette and then print out this awesome as shit cover, and play this while cops watch you have sex from outside your car windows. DRINK THIS SHIT IN< FREE DOWNLOAD<EXIST IN ANOTHER REALM<2012<LIES<TRUTH&CONTINUED BULLSHIT UNTIL WE SAY ENOUGH IS MOTHERFUCKINGENOUGHBITCHES. 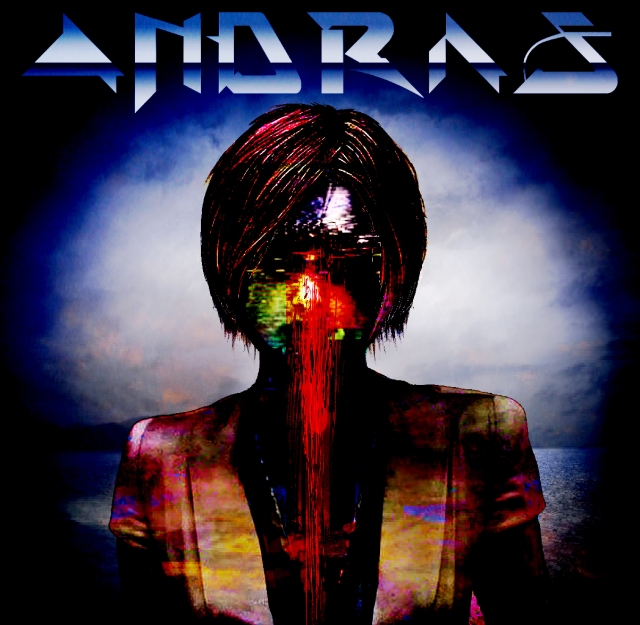 What is the story of ANDRAS, can you tell me a little about your experiences in music that lead you to this project?

The project is named after a spirit from the Ars Goetia. I’d been making industrial and drone music for a few years in a band which dealt in similar occult territory. Around 2010 I started listening to a lot of darkwave/witchhouse music and it reignited an urge I had to experiment with a more synth heavy sound in the vein of composers like John Carpenter and Giorgio Moroder. Once these new tracks started taking shape they didn’t fit the drone project and quickly became their own beast under the ▲NDRΛS title.

INVINCIBLE ended up being a lot darker than I set out to make it. Sometimes the project seems to have a will of it’s own so I try to step back and let things go where they want. For me, it’s an album about a false sense of empowerment and the downfall of those ideals. I knew I wanted to play up the rave anthem angle with this release so after the title track took off I reshaped the rest of the album around it and dropped songs that threw off the momentum. The recording took the better part of the year. I’m very OCD when it comes to making music and spend a lot of time collecting samples and finding the right sounds.

You also do visual art/video work as well, who are some of your influences in this medium, and what do you try to bring out in your visuals, what do you like to express through this?

I’m love experimental film and animation. Some of my influences are artists like Bruce Connor, Matthias Muller and Raoul Servais. I’ve also been influenced by video mixtapes and tape trading culture. Sometimes you would get a ninth generation copy of some banned film or “real” footage. The distorted image quality only added to the mystique and fear that went along with those experiences. That’s something that stayed with me which I try to capture in my work. Establishing mood and tone is important to me in both visual and audio work. So is layering and texture, especially in terms of collaging. I often splice dozens of clips together to create a new narrative or just set a tone.

Can you tell me about some of your current favorite artists?

Can you give me an example of a song you consider perfect?

Roygbiv by Boards of Canada. It’s short and sweet.

If I were to vacation in your hell what should I expect to find there?

Isolation in the void.

Have you had an experience with the supernatural that you’d be willing to share?

Yes but not that I’m up for sharing.

If you could collaborate with any artist living or dead who would it be?

What are some of your favorite films, and a favorite line of dialog from a film?

The Devils, Inland Empire, Escape from New York, Alien, Demonlover, Videodrome, Antichrist. No joking but Exorcist III is horribly under rated and one of my favorites as well. No favorite line of dialog off hand but Oliver Reed’s speech at the end of “The Devils” is a brilliant one.

How old were you when you first went to a goth club, what was it like, can you tell us about that experience?

I think I was 18 or 19. I used a fake ID to get in so this all seemed very exciting at the time. It was a small club in Minneapolis that had a goth/industrial night. I was very into Wax Trax era industrial, most of it was still getting played, so it was great to finally hear it loud and in total darkness on a -20 degree winter evening. 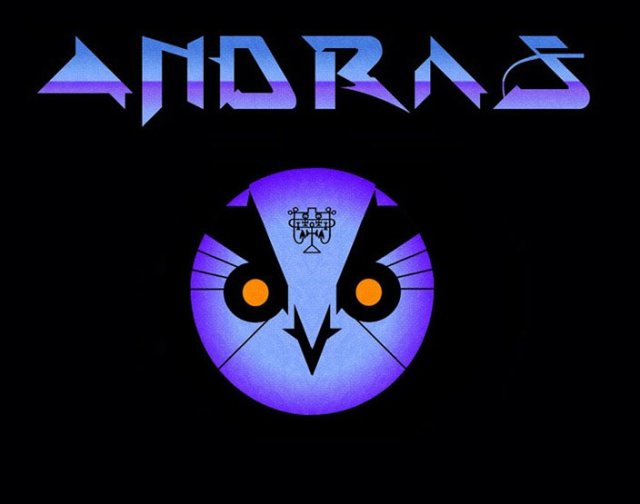 Can you describe your most emotionally moving moment involving music?

Probably the first time I heard the opening notes of the Halloween III score as a kid. It immediately made a big impression. Something about the way John Carpenter captures moods in single stark tones and builds themes really got to me.

I also grew up with an AMIGA computer system. The system had a few titles from a label called Psygnosis which featured terrific moody synth scores, especially the “Shadow of the Beast” series. I would boot up the games and sometimes leave the music playing while gazing out the window at the frozen midwestern tundra. Pretty sure those moments shaped most of my tastes and sensibilities. The ANDRAS logo is actually a take off/homage to the Psygnosis logo which tied in nicely to this projects owl themes.

Some are saying this is the greatest era to exist as a musician, others say it’s the worst, what has your experience been like?

I don’t think I would’ve gotten into creating music without a lot of the tools available today and I don’t think I could’ve found an audience without online networking, so in those respects it’s been amazing and there’s a great community out there. With that said it really helps to be social and people’s attention spans are short. Since I’m pretty introverted and it takes me ages to finish songs these things don’t always click.

Have you ever been to a psychic, would you be willing to share that experience if so?

I haven’t but I have an active interest in the tarot.

Do you feel things happen for a reason, do you have an experience that would be evidence of this?

I think they do but those reasons can be elusive. In my experience, the reason has a lot to do with the individual and what they want to make out of it.

This site uses Akismet to reduce spam. Learn how your comment data is processed.